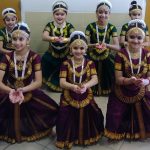 Bharatanatyam is oldest and most popular classical dance form originating in Tamil Nadu, India. Classical dance is based on Shastras. It has definite rules and regulations. The classical dancer has to have mental and body discipline. It needs regular rigorous hours of training and practice. The technique that is learned through these styles of dance is important in becoming a multitalented, graceful, and strong dancer. Bharatanatyam can be performed by both male and female. The word itself says its meaning: BHA- Bhava (Expression), RA- Raga  (Music), TA- Tala (Rhythm) and NATYAM (Dance). 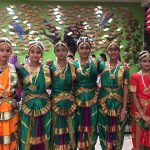 Indian classical dance has a divine origin. It was performed in temples, so the theme is Bhakti. After that phase some of the dances came to the courts of the king as a form of entertainment and so Sringara rasa was also incorporated in the dance. Now it has taken its place in auditoriums.The classical Dances of India are Bharatanatyam, Kathak, Manipuri, Kathakali, Kuchi-pudi, Mohiniattam and Odissi. 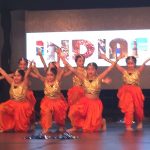 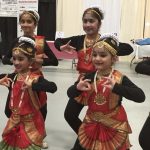 Semi-Classical/Fusion has been specifically designed to display application of Bharatanatyam with modern styling. It is unique choreography combining classical and modern Indian dance components. 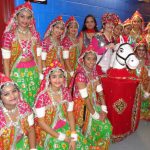 When the folks assemble together and dance in joy, it is known as folk dance. It is usually performed during religious festivals and social gatherings. it is performed in public places in groups . The aim of performing these folk dances is to forget the daily tensions and to bring pleasure to the mind. In this type dance the steps are very simple. It does not need rigorous practice nor years of learning. Geography and History play an important role in the folk art. Folk dances are passed on from one generation to the other. On seeing the folk dances, one comes to know about the culture, attire and the costume of the particular place.Some of the 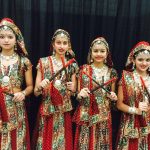 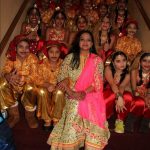 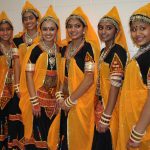 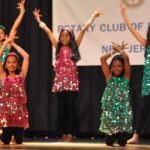 Bollywood dancing is a dance-form used in the Indian films. This dance style that rejects many of the strict rules of classical dance. It is getting popular day by day, all around the world. Bollywood dance is considered to be fun and stress free dance. You can actually express what the music means, through the graceful movements of the body. It not only refreshes the people but also cherish their mind. This dance style has varied considerably over the years. Early Bollywood dance tended to show strong influences of classical 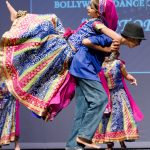 or folk dance but today, these influences seem to have become mixed with many more dance styles such as Jazz, Hip – Hop, Arabic and Latin Forms. Furthermore, Bollywood dancing has changed tremendously over the years.